I had taken my moulds that I made in the workshop home as I thought I would have time to work on them. However I haven’t done an awful lot as I have been so tired when I get home from building. However I do have to get on with it. So I make two pairs of hands in Jesmonite white marble. I have also devised a way to display them that makes sense.

I had been worrying about this a lot. Placing them on a white plinth says they are venerated but it’s also a bit museum-like and dull. It also doesn’t fit in with the rest of the piece. When I went to B&Q the other day I also dropped in at Dunelm to get the elastic cord for the window textile prints and picked up some ribbon and gold wire. I think I can create a wire net by stretching the wire from the base of the internal windows and crossing them over. Then I can put the hands into the net to look like they are falling through. This works well with the lack of care and protection of the care home residents, as if they fell through the net of social care and the protection of the government. This seems a better analogy.

The Jesmonite sparkles when I etch it with the etching solution and also looks much whiter, so I’m going to carry on with that. I have to be careful not to etch too much or I lose a lot of the detail in the cast, which is amazingly detailed. I have also gotten better at losing the air bubbles while casting. Although I think they look quite nice as well. The moulds are not perfect and the hands need a bit of filing to finish away the seams, but not too much.

The question is whether I also make resin hands- to what purpose though. They could look like the ghosts of hands? I’m reluctant to do them though as the resin seems to deteriorate the rubber quite quickly and so I need to cast them after I have all the Jesmonite cast. 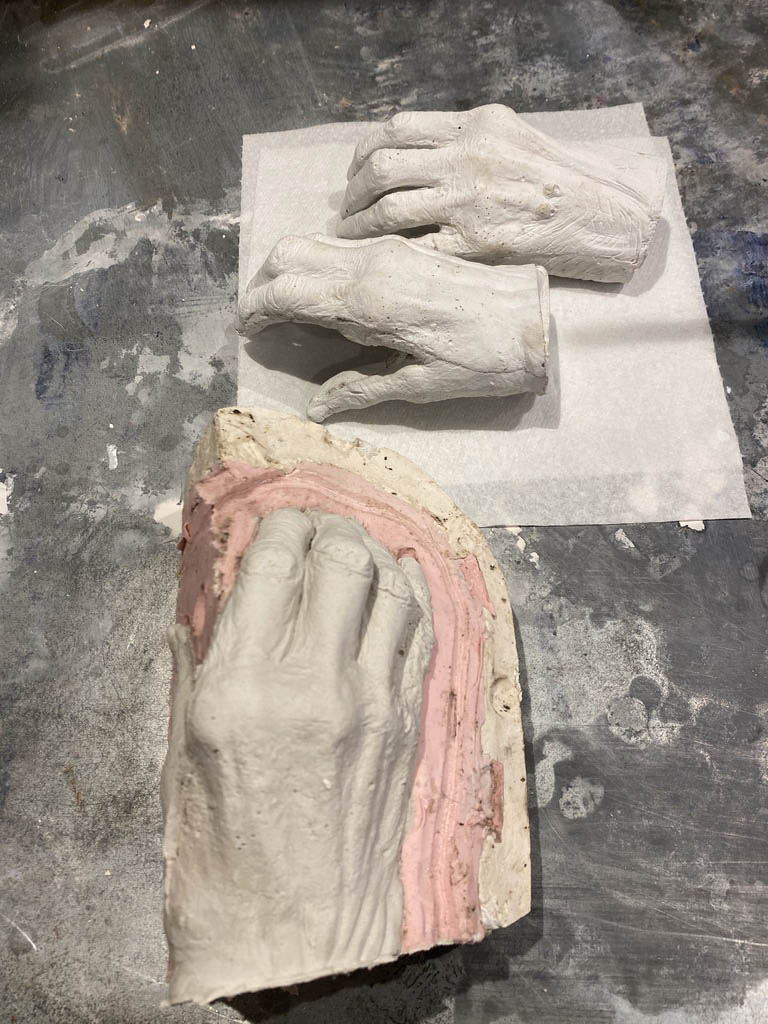 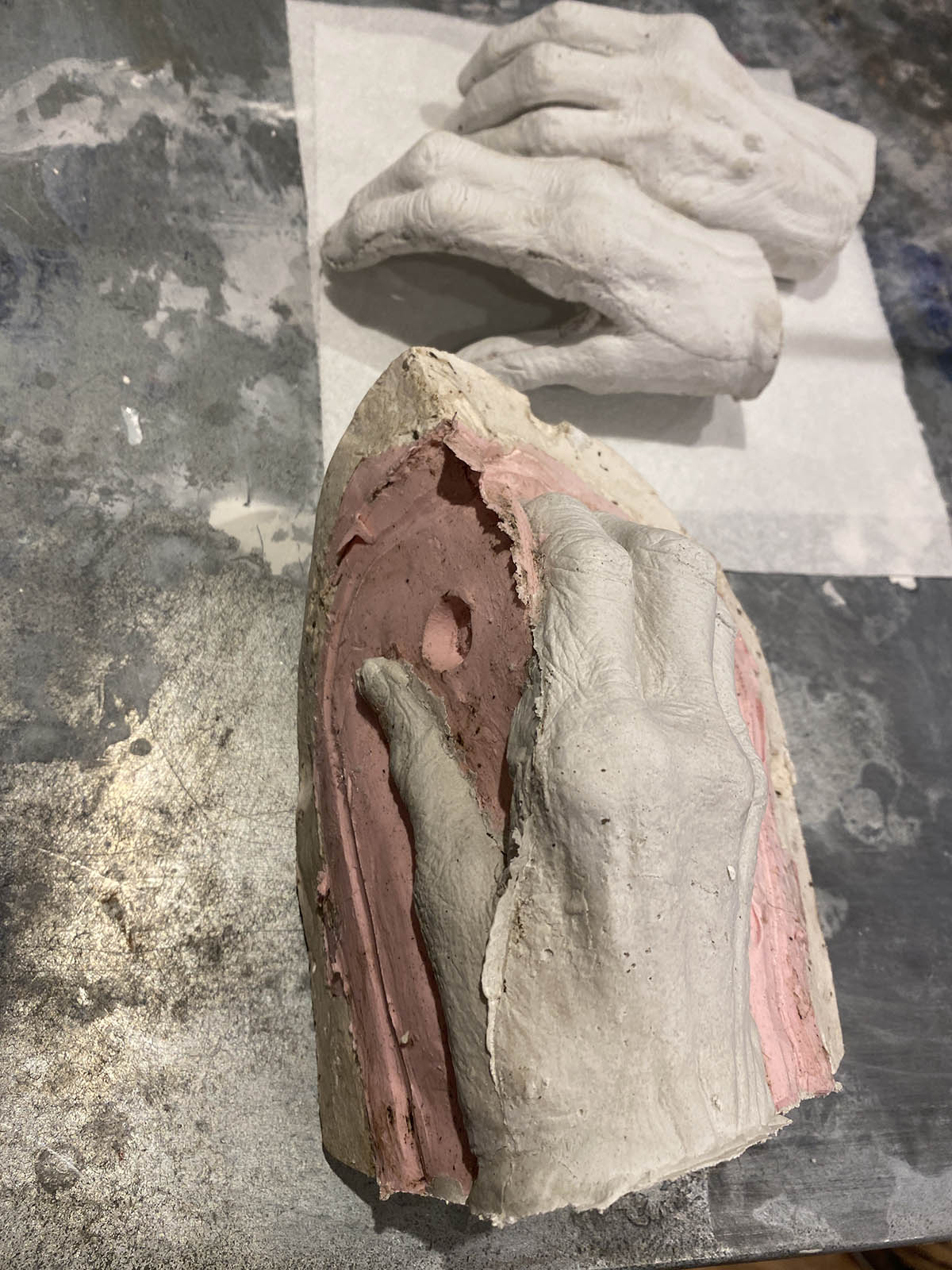 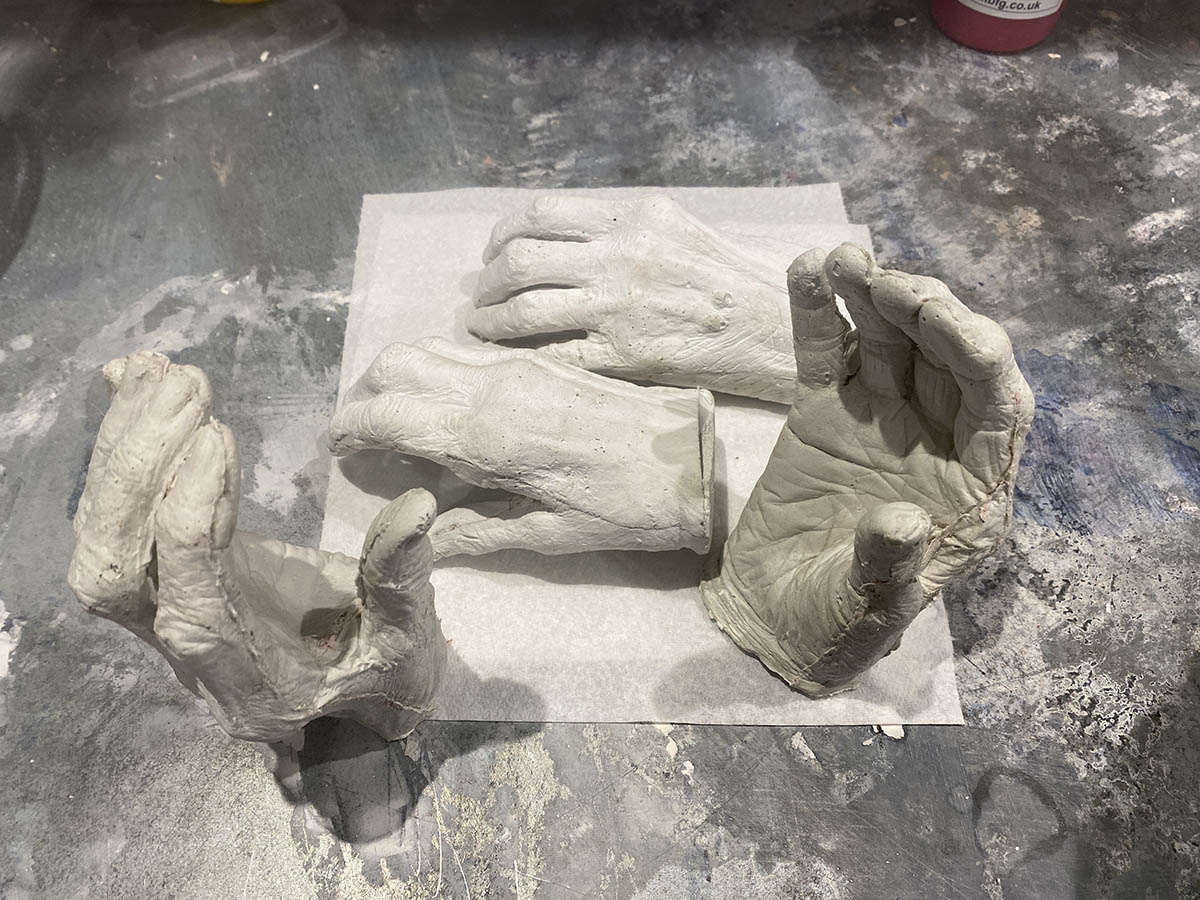 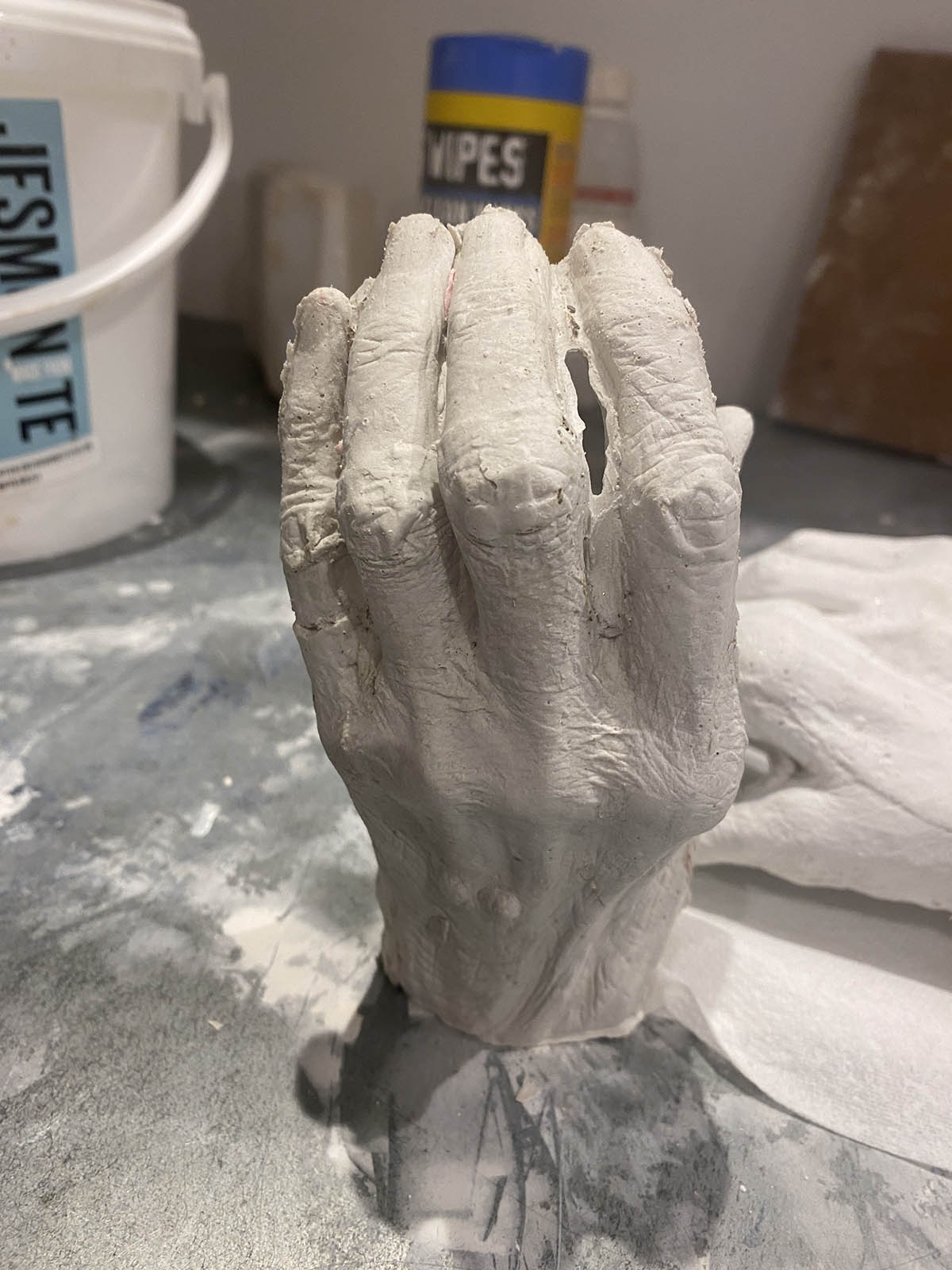 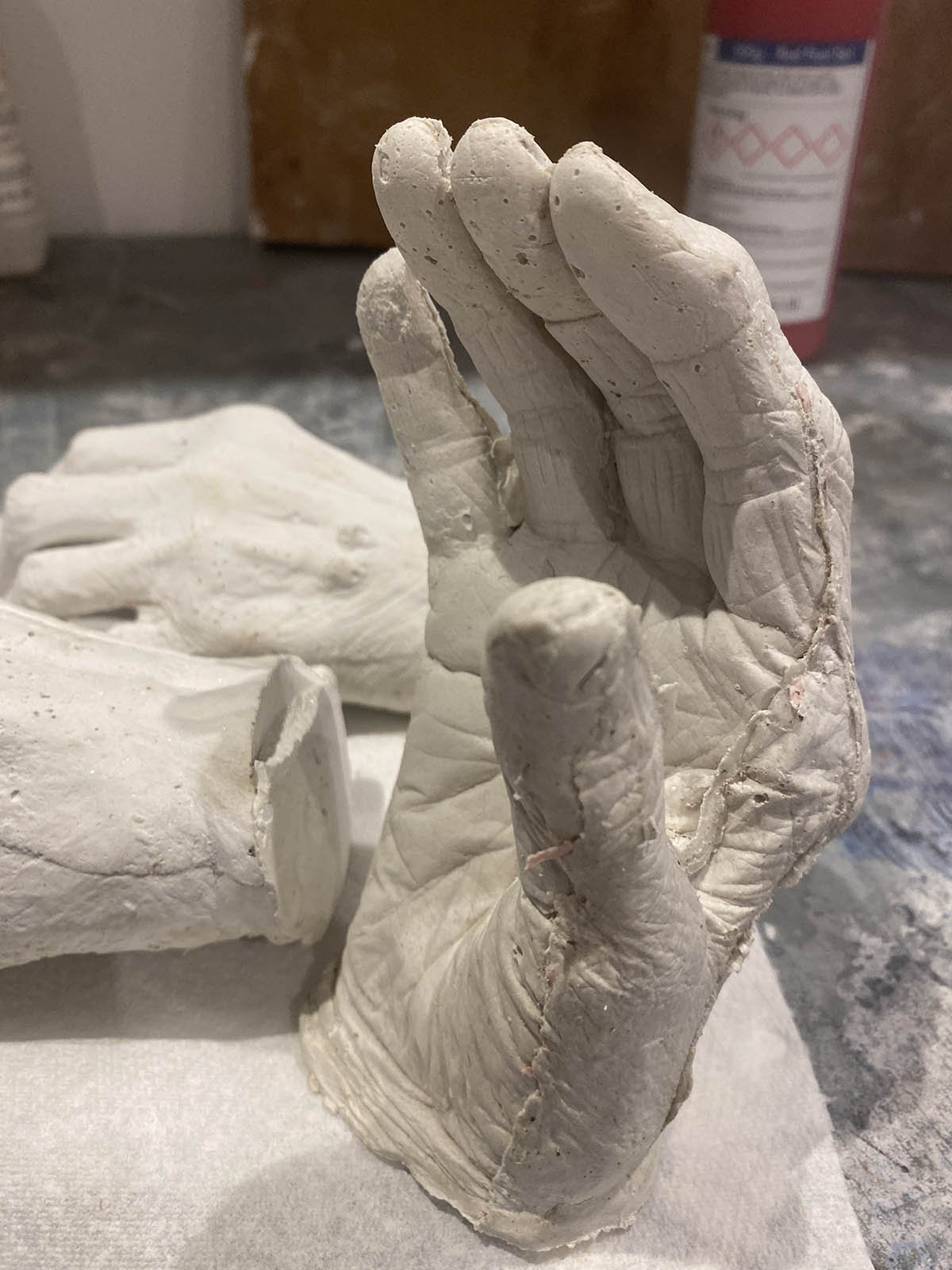 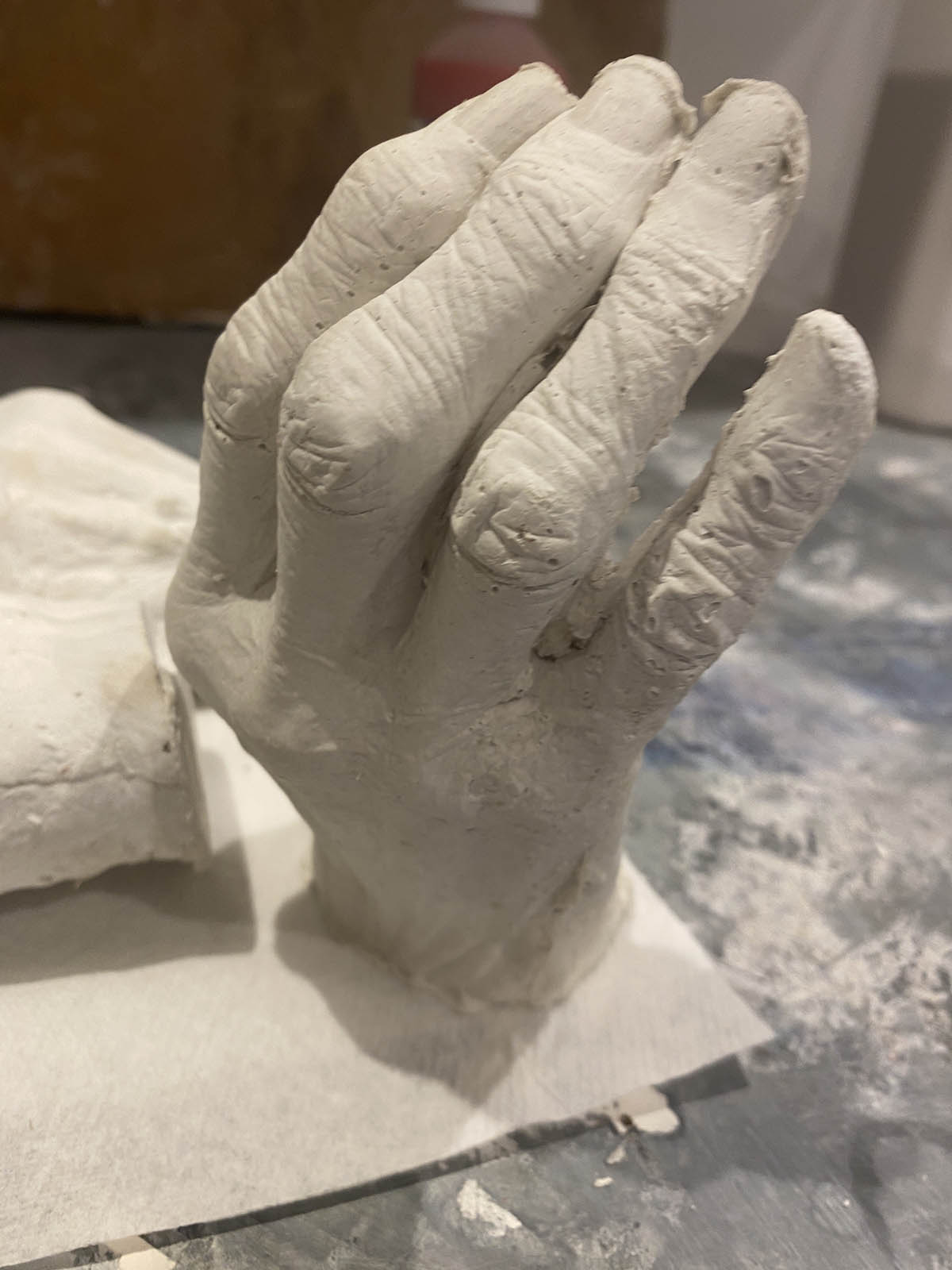 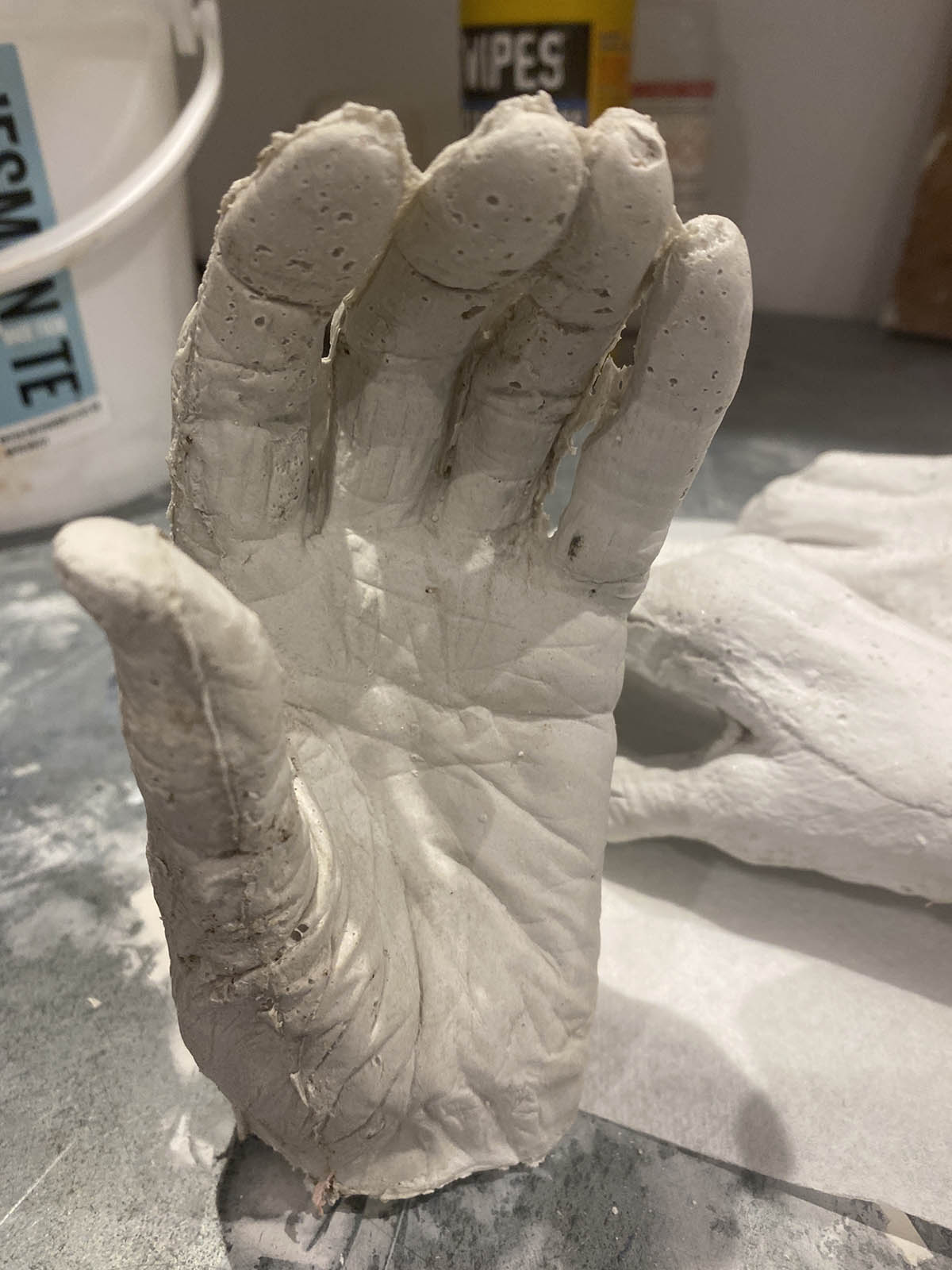