Had the opportunity to cast Helen’s hand in alginate today. It was hilarious. Overcoming the short term memory issues proved a barrier. First we had to remove the rings that have never been removed since her wedding day. Do taking them off was a big issue inn her mind. Once they were off then immediately she became distressed that she had lost them. So we had to show them to her on the table. Then we put on some barrier cream and she didn’t like that it was so thick. Then she realised she didn’t have her rings on so we had to show them to her again. Then we had to explain what we were doing again. Then we had to show her the rings. Then where the handbag was. Then the rings. Then the handbag.

To break the cycle we moved out to the studio. But we had to bring the rings and the bag. I explained again what I wanted her to do, and why we had to remove the rings again. While her son occupied her by showing her the hand I had already cast and she was delighted that I was casting her hand and delighted at how beautiful her hands were. Then I presented her with the container of alginate to put her hand into, and she did it in excitement. Then immediately took it out again. So we had to put her hand in again and try to keep it in there.

As the alginate started to set she was convinced that she wouldn’t be able to get her hand out again so a lot of reassurance was needed that her hand would come out again. Then the alginate set and we had to get her hand out. This was a struggle and I began to panic that I was going to have to cut her out. Then I remember that they use this stuff on babies so it should be fine. However as Helen continued to try and remove her hand I became more and more worried as she started to get upset. However as she moved her fingers and pulled her hand the alginate started to release, and her hand came out. And then she forgot what had happened and was easily distracted by looking at the pot and the hole her hand had left.

However I also wanted her other hand and I wasn’t sure if I could persuade her to do this all over again. But this is the joy of short term memory loss and she was quite happy to put her hand in the alginate again. But then she panicked at the alginate setting again, and worrying that she couldn’t get her hand out again. This time she was very calm about taking her hand out of the alginate- there must have been a bit of memory there and she didn’t panic about the force needed to pull her hand out. Then we had to clean her hands up and she couldn’t remember why they were sticky. And then she realised her rings were missing, so we had to quickly put them on. And then we had to speak about why we were in the studio at the bottom of the garden- and it was lovely and why had she not seen it before? Again.

I now have the casts of her hands and I feel they add an extra dimension to the piece. It would be lovely to have hands from other people in the photographs but I can’t see how that will work at this time. I have considered sending out a pack of alginate and cardboard cups so that families can take hand casts, but there are so many variables in getting the alginate mixed correctly and timings. And then they would need to post or courier the cups with alginate back to me and prevent the alginate getting damaged in transit. I just can’t see a way around it at all.

So is it important that there are the correct hands with the textile photos? I don’t think so. I don’t think it will be noticeable but it would help the narrative that I can tell everyone. Having gone to the trouble of asking for the photos it would be nice to complete the circle. 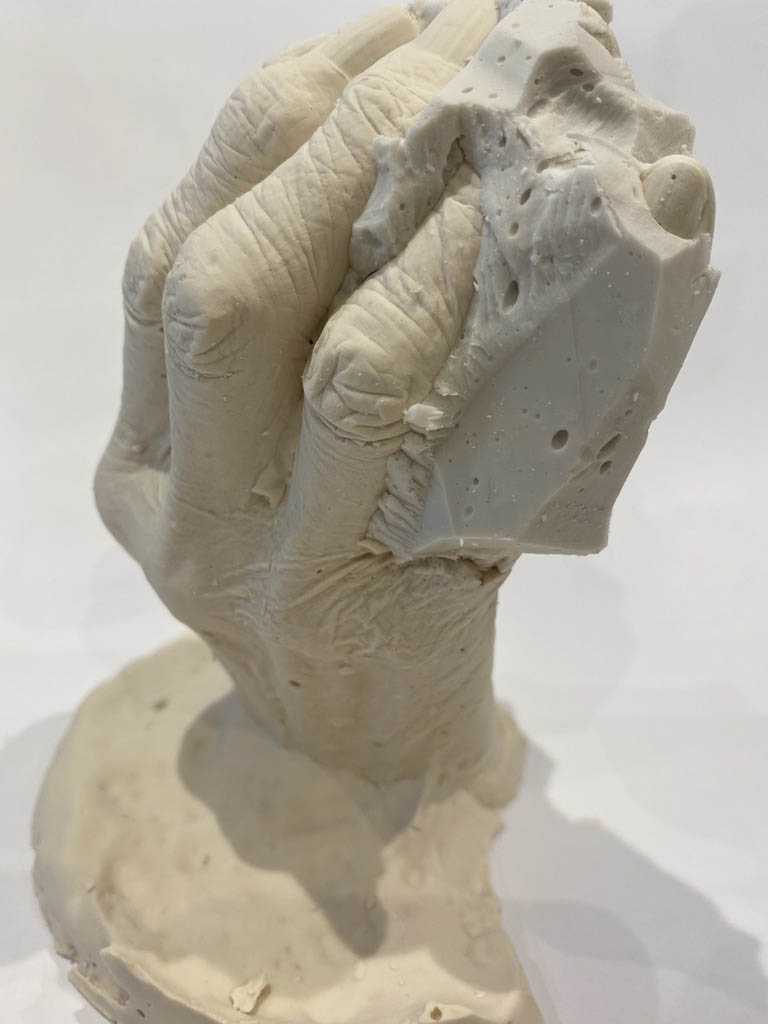 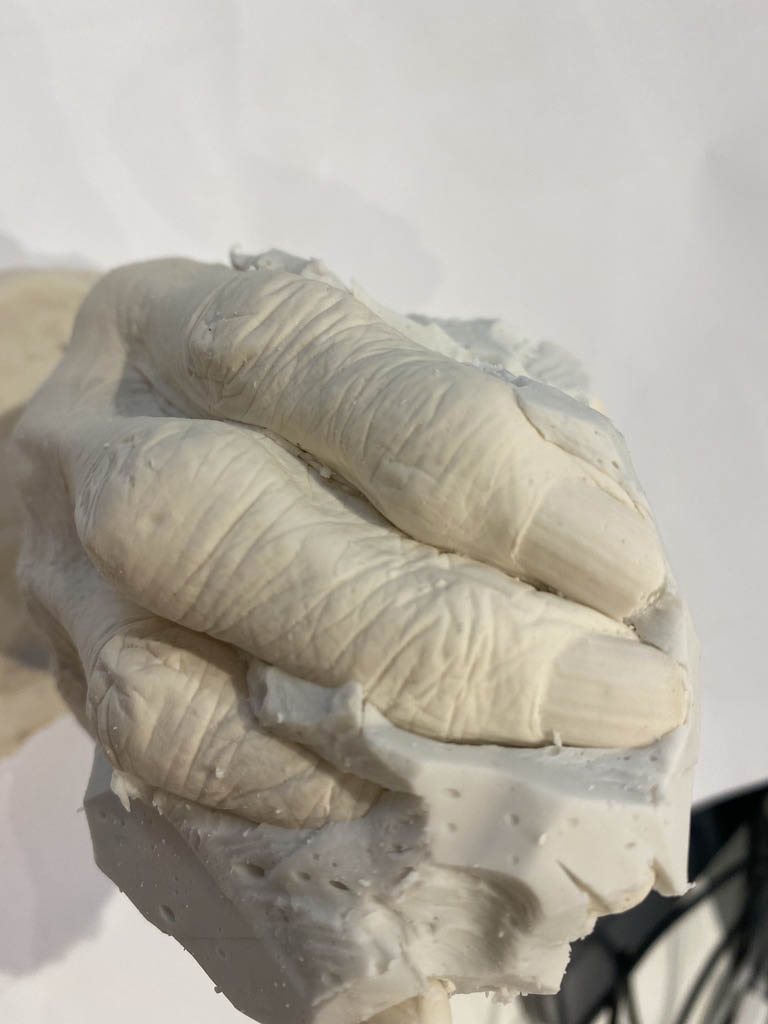 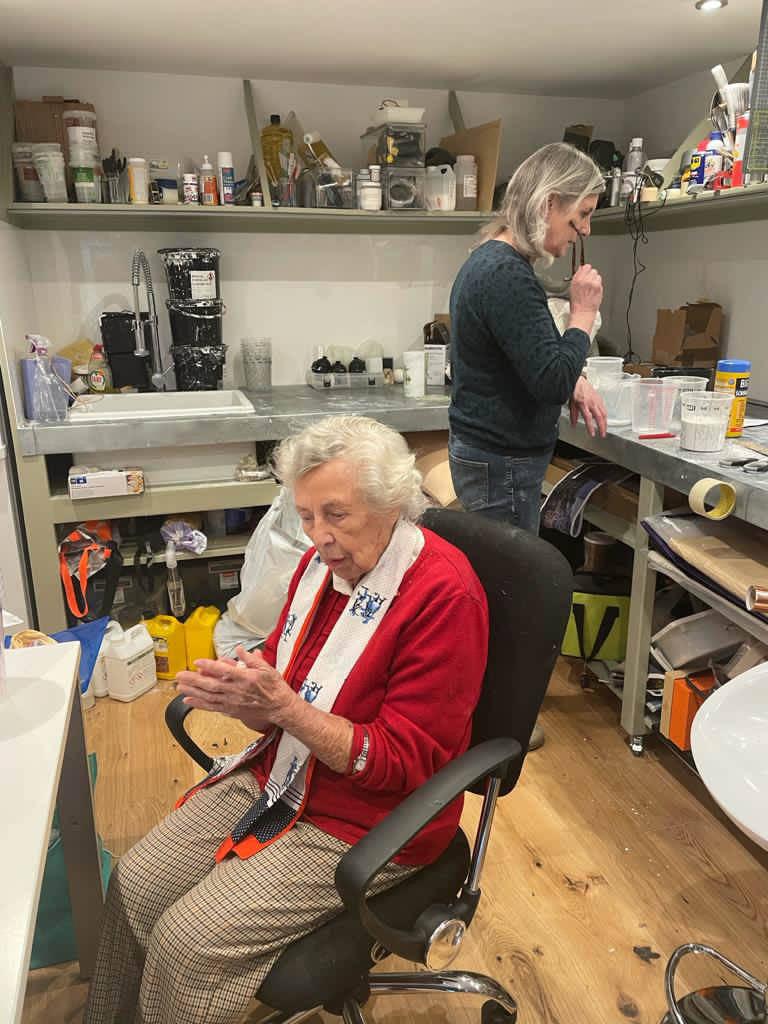 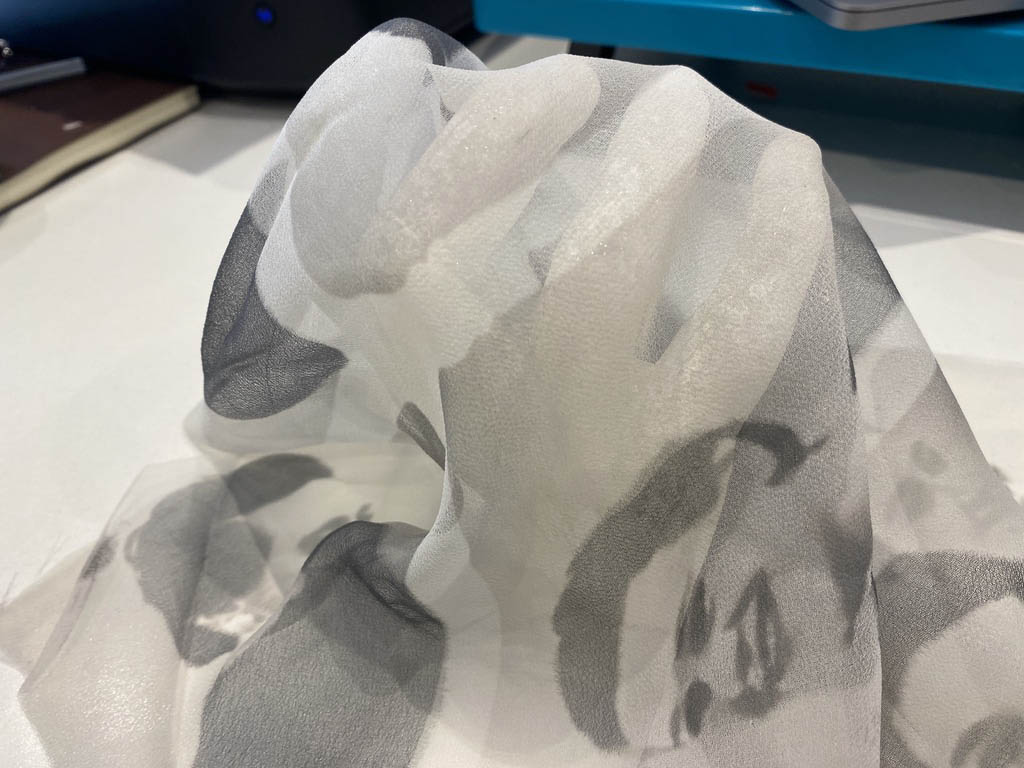 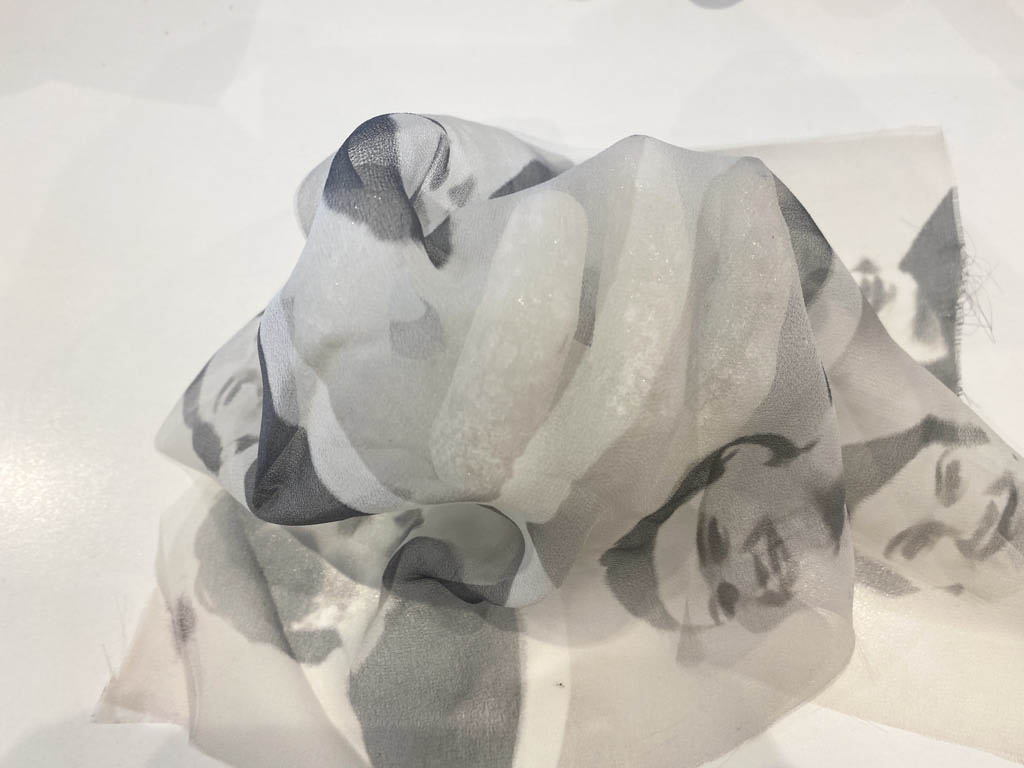 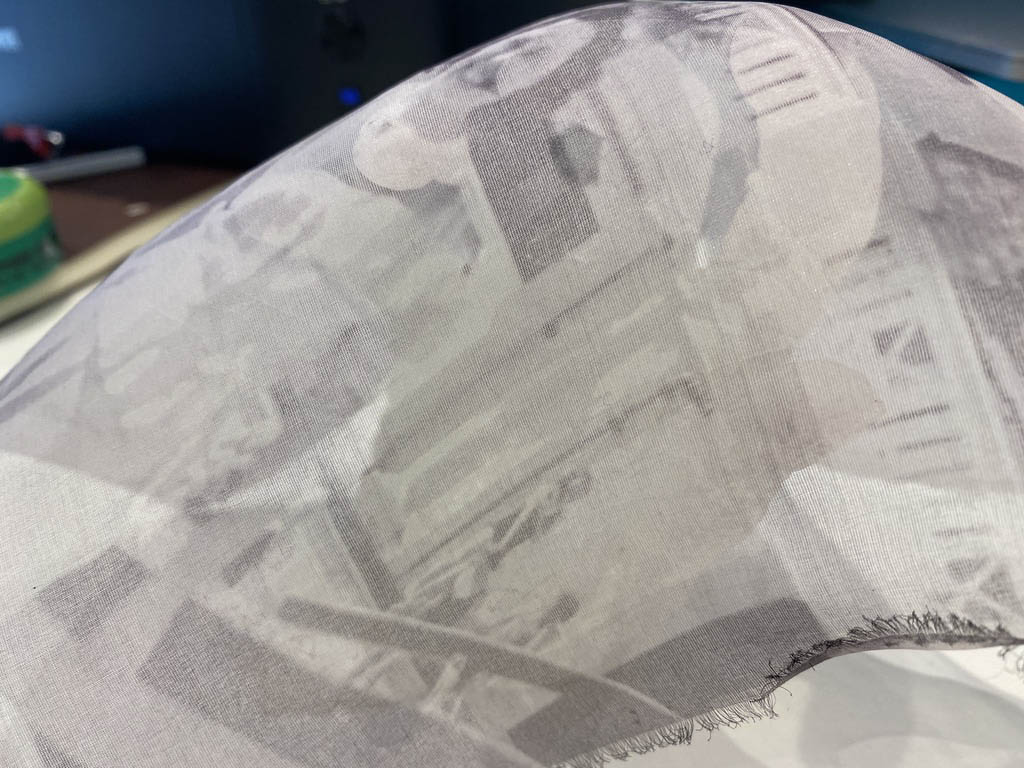