My hand moulds have not been very successful. I managed to cast them in plaster to see how the moulds worked. I didn’t want to pour resin into them only to see it pour out any leaks. I’m glad I did that trial run because the moulds have been a bit of a failure. When I took the hands out the fingers broke off. I have asked Mark to help and he has suggested that because of the 3 planes of the hand I need to make a 3 piece mould the same mistake. Just as well I checked because I have gone through 7 kilos of rubber so far and I would just have made the same mistake again. I also forgot how to use the thixo additive which makes the rubber go far further. So with his help I make a better mould- twice. One for each hand. 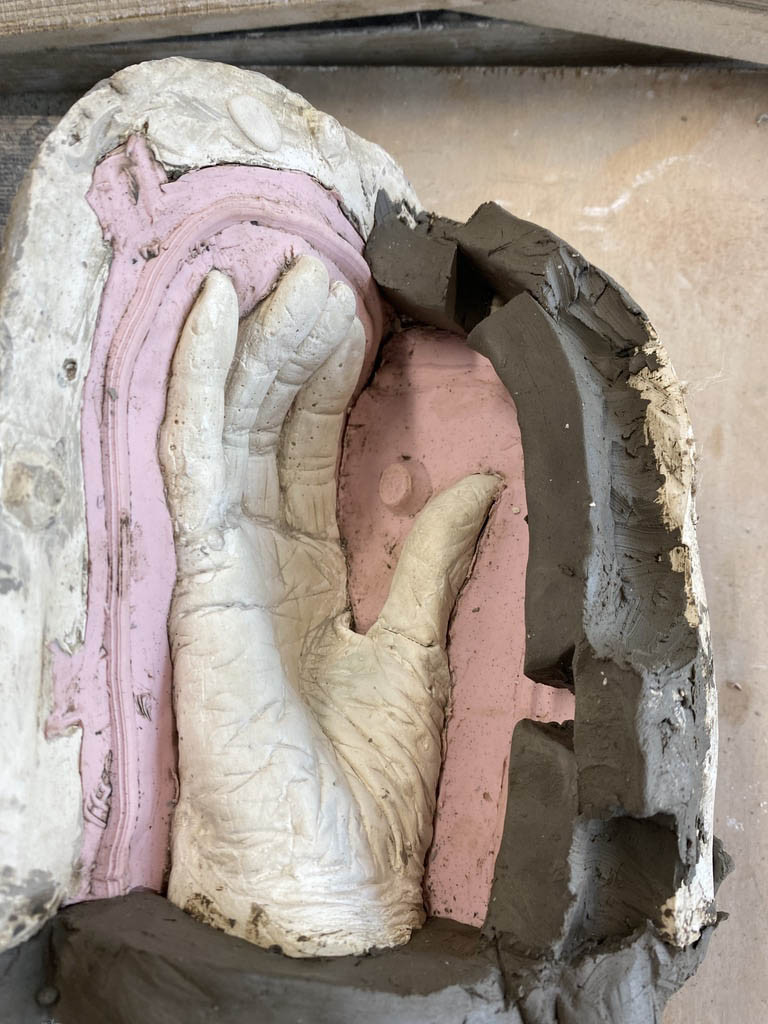 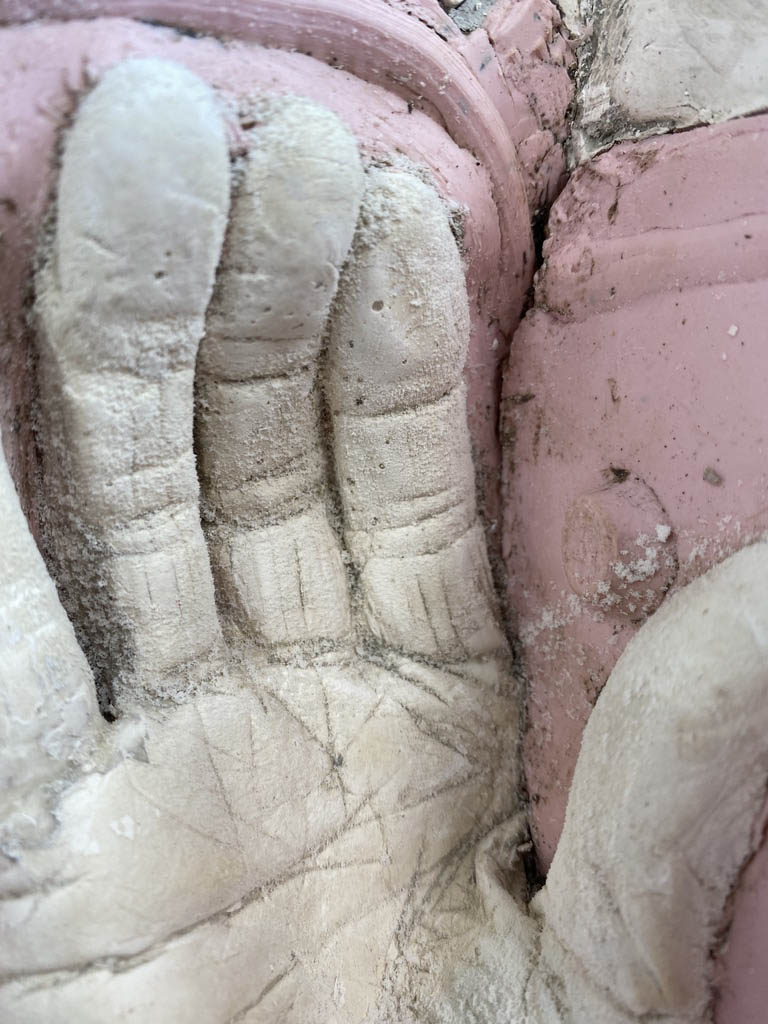