Came in today as Mark was going to test his new Bronze furnace. There is much excitement from those of us who did the bronze elective last year as we haven’t been able to move forward with it since we finished the moulds.

After a quick tour of the new features Mark, Joanne and I discussed the practical issues of how the is was going to work with the current set up of the sand tray. Mark had been in discussion with the technician at the Slade who also has one of these , although not currently functioning because of a lack of gas supply. Every school has its own issues, but that seems fairly problematic.

He had suggested using sand to determine where the pour of bronze would fall so we get a mould that has already been poured and use that to determine where the bronze will pour. It highlights the fact that the mould needs a wider cup to pour into and we discuss ways of modifying the current moulds to enable that.

Then we fire up the furnace, which unfortunately goes out after 20 minutes, which might be an unexpected drop in supply, but it restarts and stays on.

After around 20 minutes with no further failure in supply, Mark adds the bronze to melt. This goes in in small amounts until we have roughly 6 kg of molten bronze which is enough to fill the ingot tray. With much less fanfare than previous pours, Mark pushes a button and the crucible slowly tips forward and the bronze pours out pretty much where it is intended.

All in all a successful event, and one step closer to getting our bronze pieces finished, hopefully in time for our exhibition.

The images below should be videos but they are too large apparently. 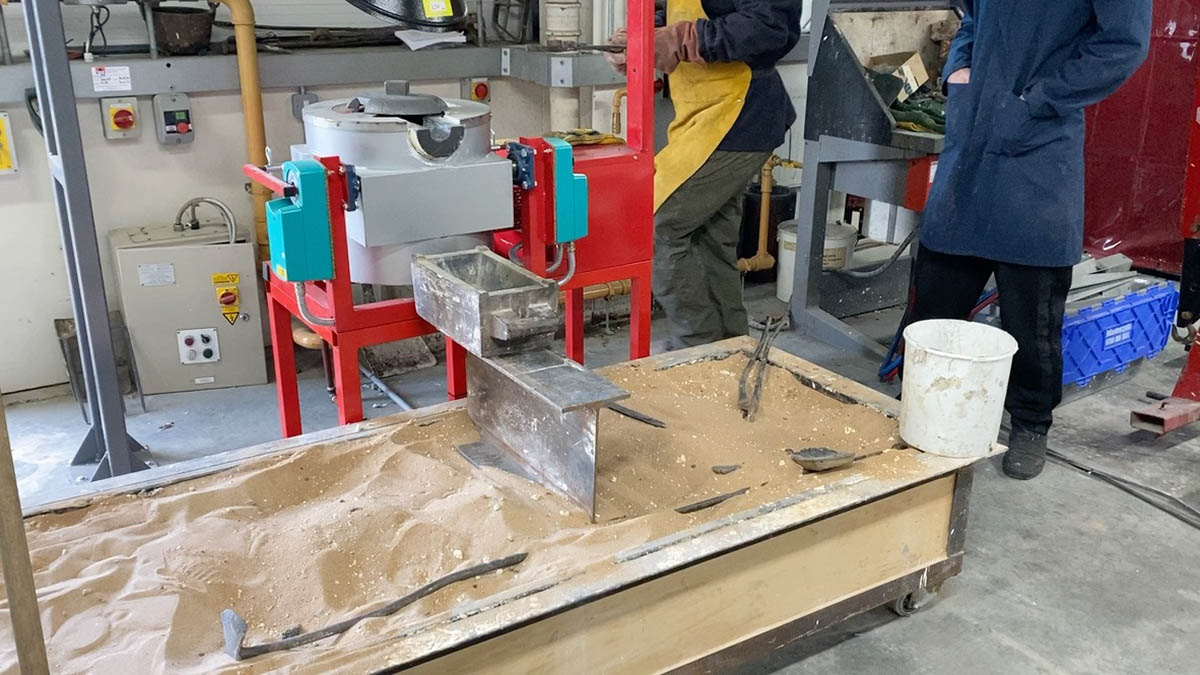 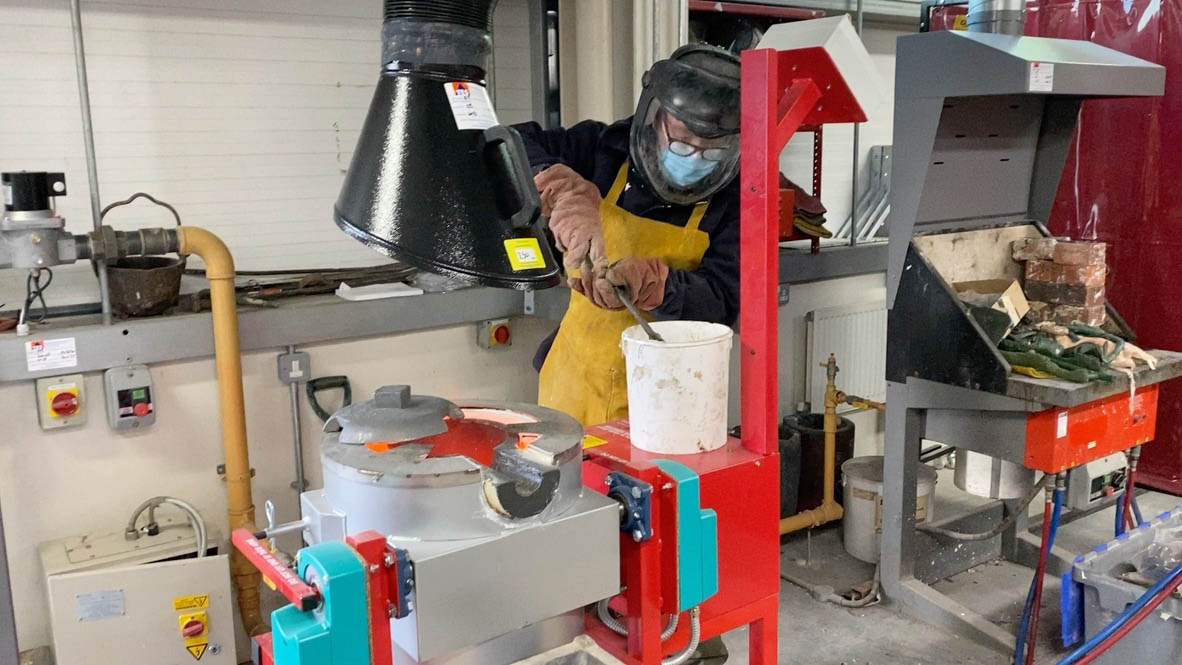 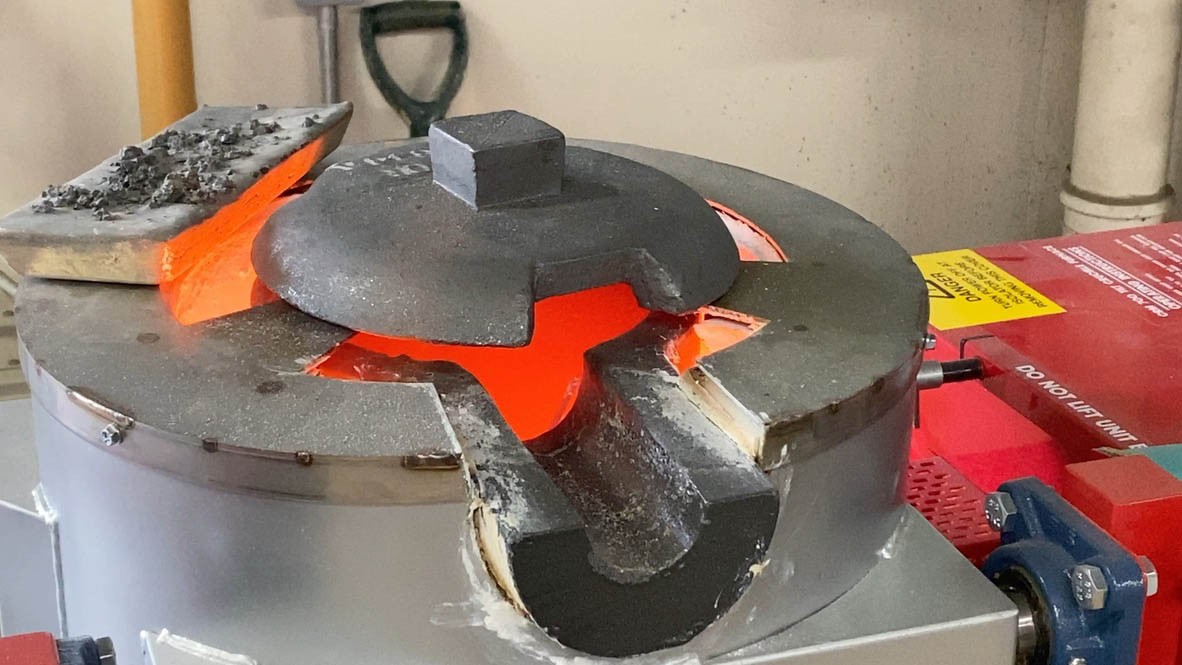 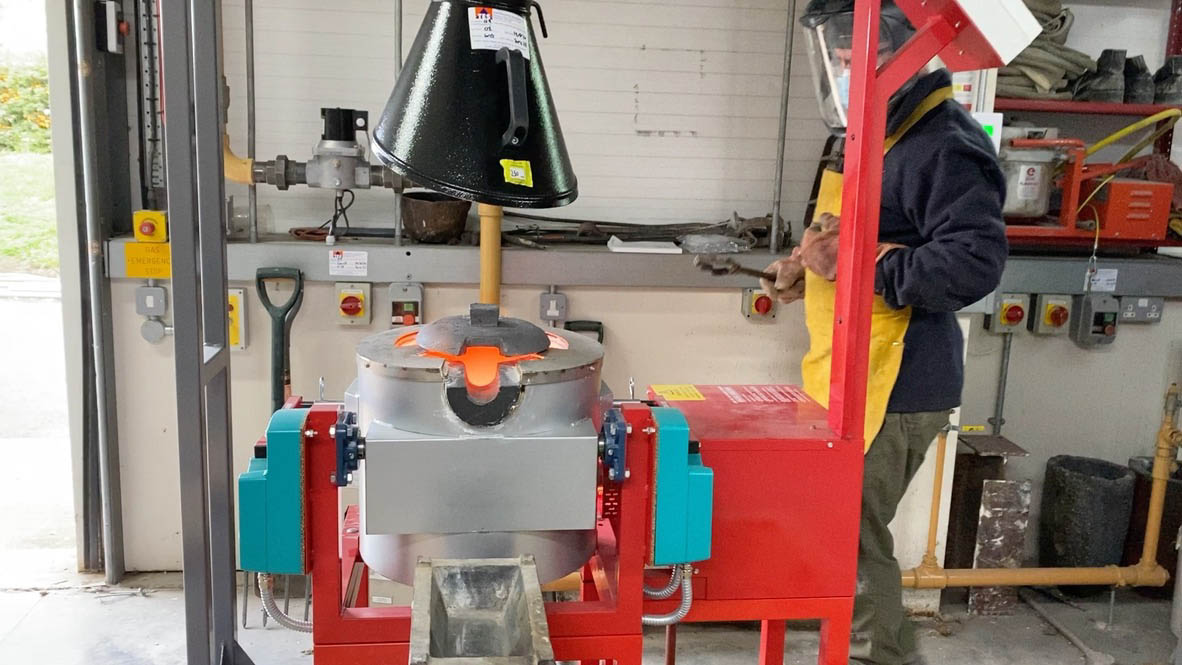 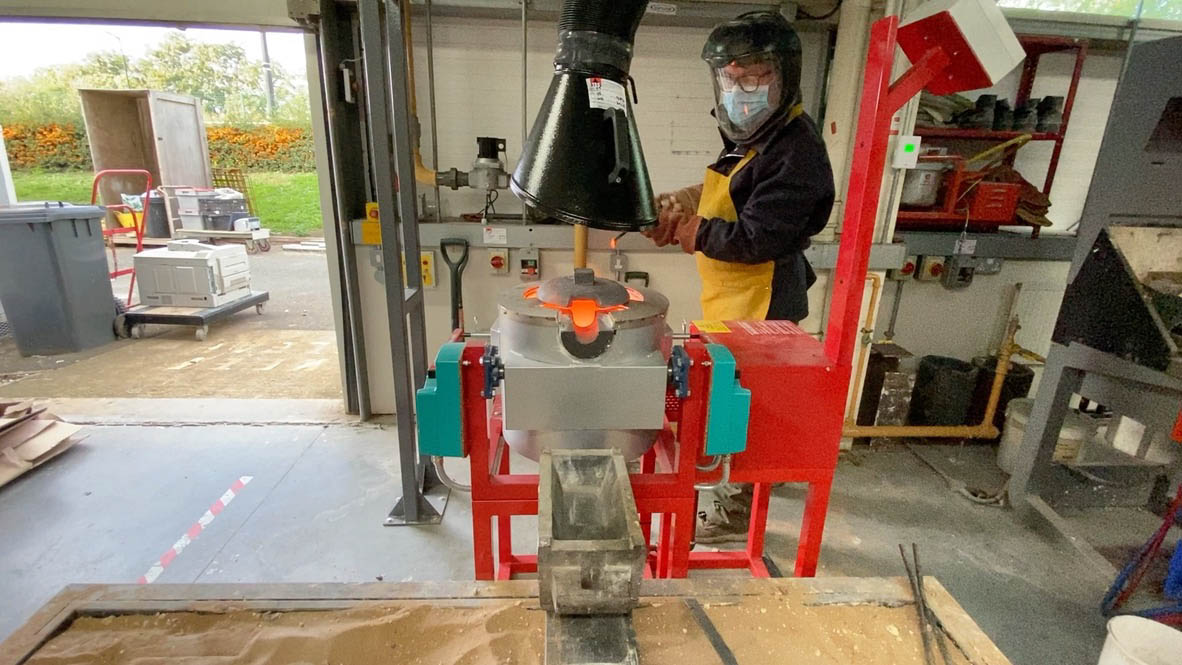 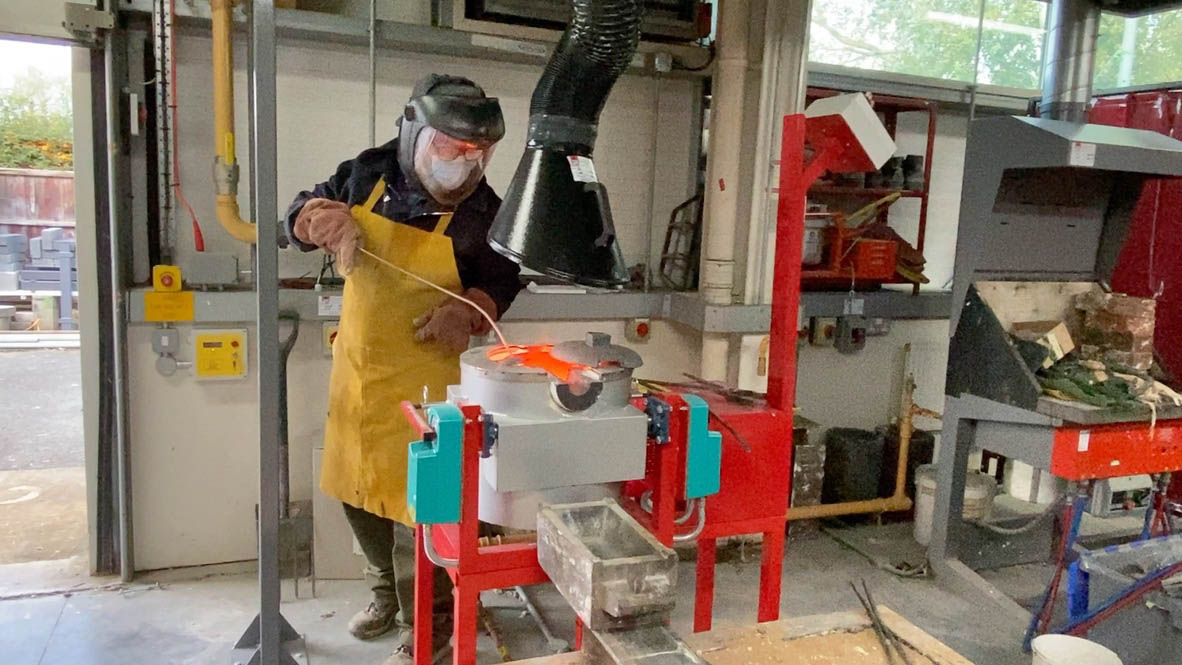