A visit to the Gagosian

Today is a group outing to the London Mithraeum, Trevor Paglen at The Barbican, and Gagosian “American Pastoral” at Kings Cross.

As always with these group outings there is much waiting around for everyone to gather. However, once we are assembled we head off to the Bloomberg Space to visit The Mithraeum and Susan Hiller’s  “London Jukebox”  https://www.londonmithraeum.com . The Mithraeum is an ancient roman temple discovered in the 50’s when new foundations were being excavated. It was moved to allow building to continue and remade in a new location a few hundred yards away. When Bloomberg decided to utilise the site they conserved the ruins and made a visitor attraction that is free to visit.

The Temple is low lit, and there are some sound and lighting effects to bring it to life, and a wall of artifacts discovered on the site. It is interesting. However it failed to grab my attention as I had visited the Palazzo Valentini in Rome, where the immersive experience was much better.

Susan Hiller’s “London Jukebox” 2018, was much better. Comprised of a vintage jukebox with 70 songs about London, it is brief history in song. A map on the wall identifies the geographical area each song relates to. It was quiet, so I managed to load a lot of songs that I wanted to hear. Nostalgia and surprise as I listened to them, realising in many cases that I didn’t know they were connected to a special area.

On to The Barbican, and Trevor Paglen in the Curve Gallery. https://www.barbican.org.uk/whats-on/2019/event/trevor-paglen-from-apple-to-anomaly As always when I visit The Barbican I find an area that I haven’t visited before. Paglen’s work rests on the necessity of teaching Artificial Intelligence how to recognise something. This was particularly relevant as we have just introduced facial recognition technology in London, to much controversy. This, then, was the information a computer would need to identify a red apple. There were thousands of 4×4 photos. The depth of subject matter and the connections made through these were astounding. How could these occur? All photos used were stock photos, therefore this was a “real” simulation of the process. Disturbing connections were made between faces and subjective categories, such as “racist” and “rapist” and “cat-lover”. This is a fascinating insight into how these connections are made.

Despite the ban on photos, some or our number were unable to resist, and I include their photos for reference.

Onto the Gagosian in Britannia Street, Kings Cross. https://gagosian.com/exhibitions/2020/american-pastoral/ . Here is a show of wide ranging works,  “From nineteenth-century industrialization to contemporary patterns of immigration, the pursuit of the American Dream has long been a rich topic of inquiry for artists in the United States. For many, this notion is encapsulated by the imagined tranquility and comfort of rural life—an aspiration arising from the Western tradition of landscape painting, with its picturesque, arcadian lands and idyllic communities. Titled after Philip Roth’s 1997 novel about the social discord that undermines the life of an outwardly untroubled New Jersey family, American Pastoral is a group exhibition that seeks to challenge this idealized vision by delving into the cultural, political, and economic tensions that lie beneath its surface. In this exhibition, modern and contemporary works are juxtaposed with historical American landscapes, ranging from Albert Bierstadt’s depiction of the sublime in Sunset over the River (1877) to Edward Hopper’s tranquil seaside scene, Gloucester Harbor (1926).” There are some wonderful works on show, and we wander around for some time. Then we are treated to a drink by Alexis Harding, and we head off home after a very productive day. 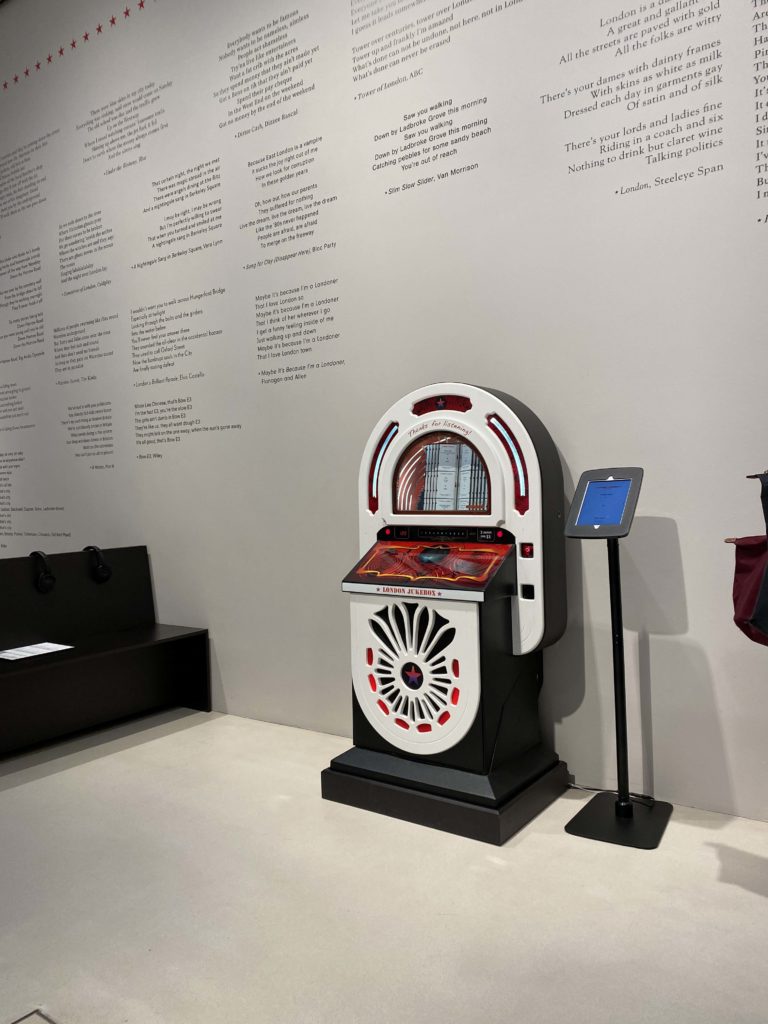 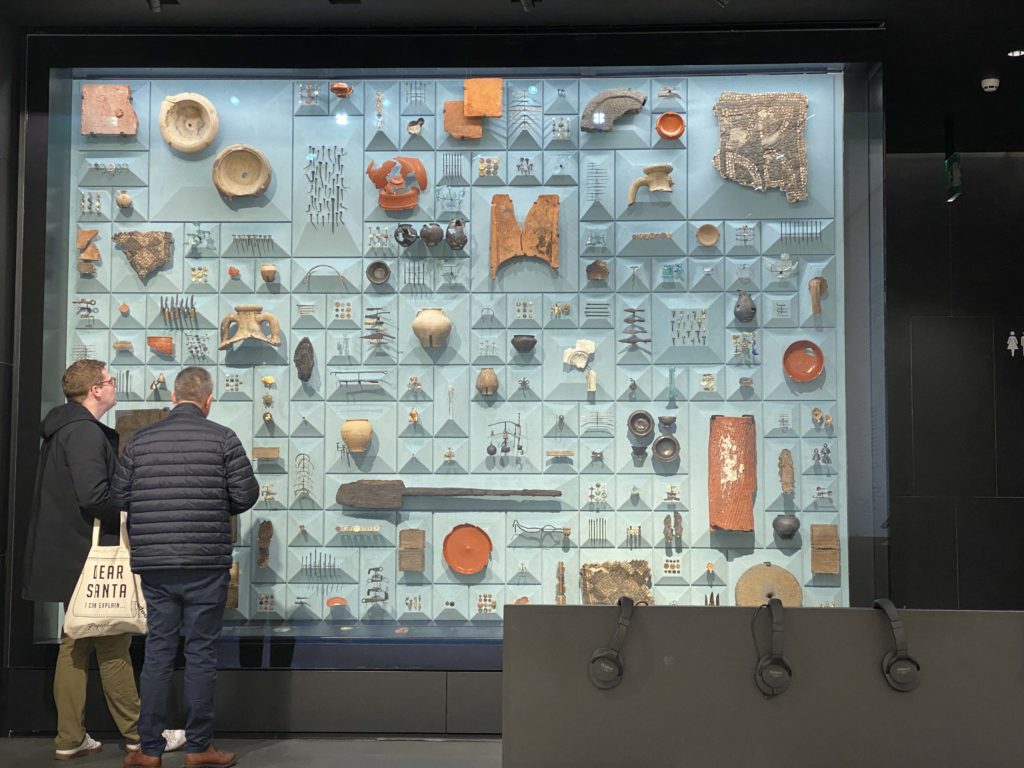 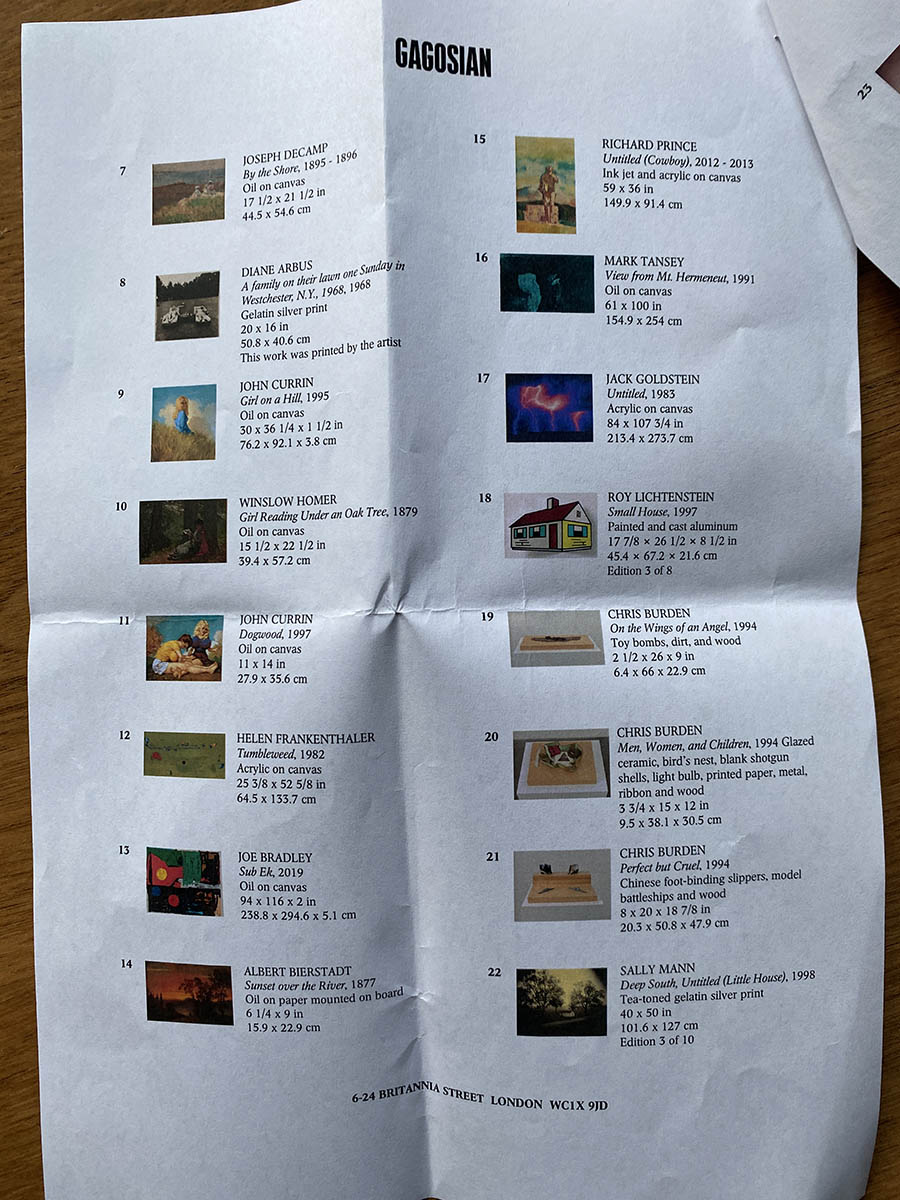 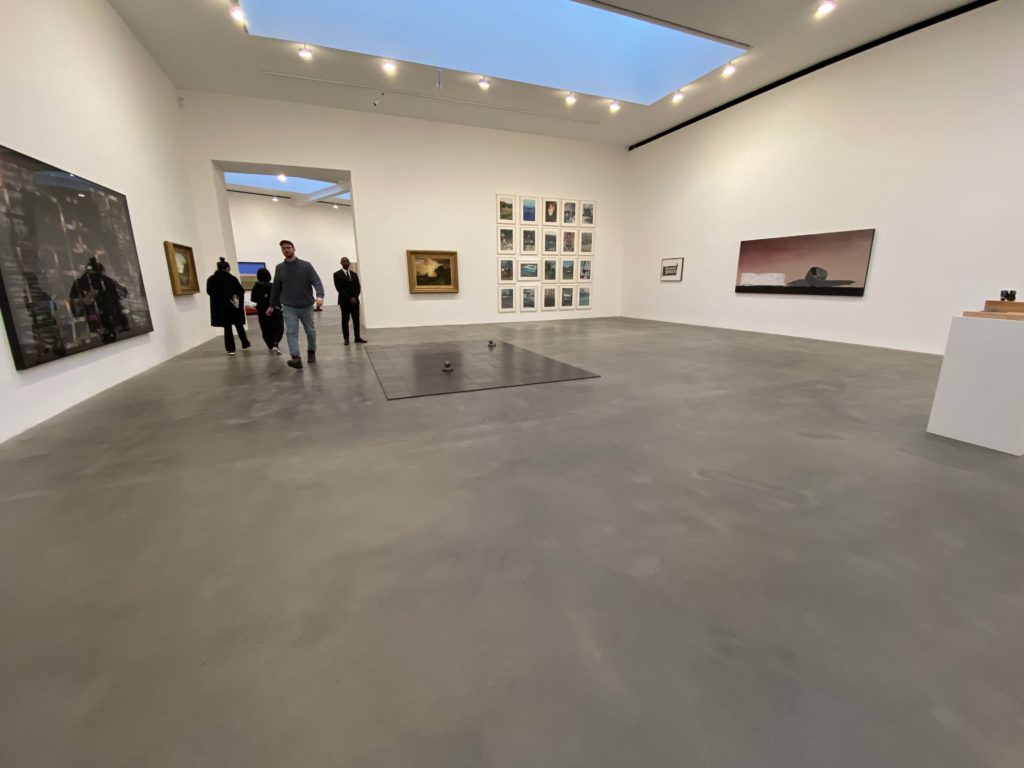